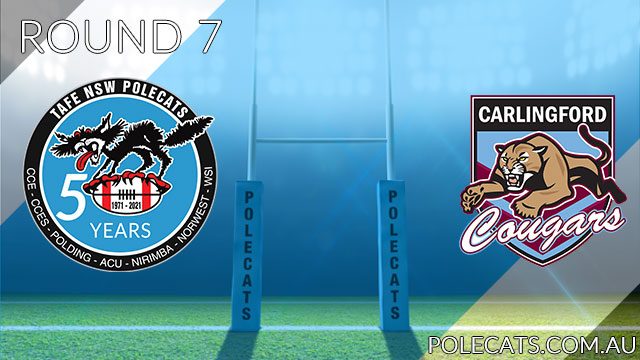 In cold and wet conditions at Dundas the Polecats were looking to get their season back online when they took on the languishing Cougars and it wasn’t long before the side registered it’s first try with centre Faatafa Tusa, charging over the line in the 7th minute, with Cobie Winsor icing the extras. 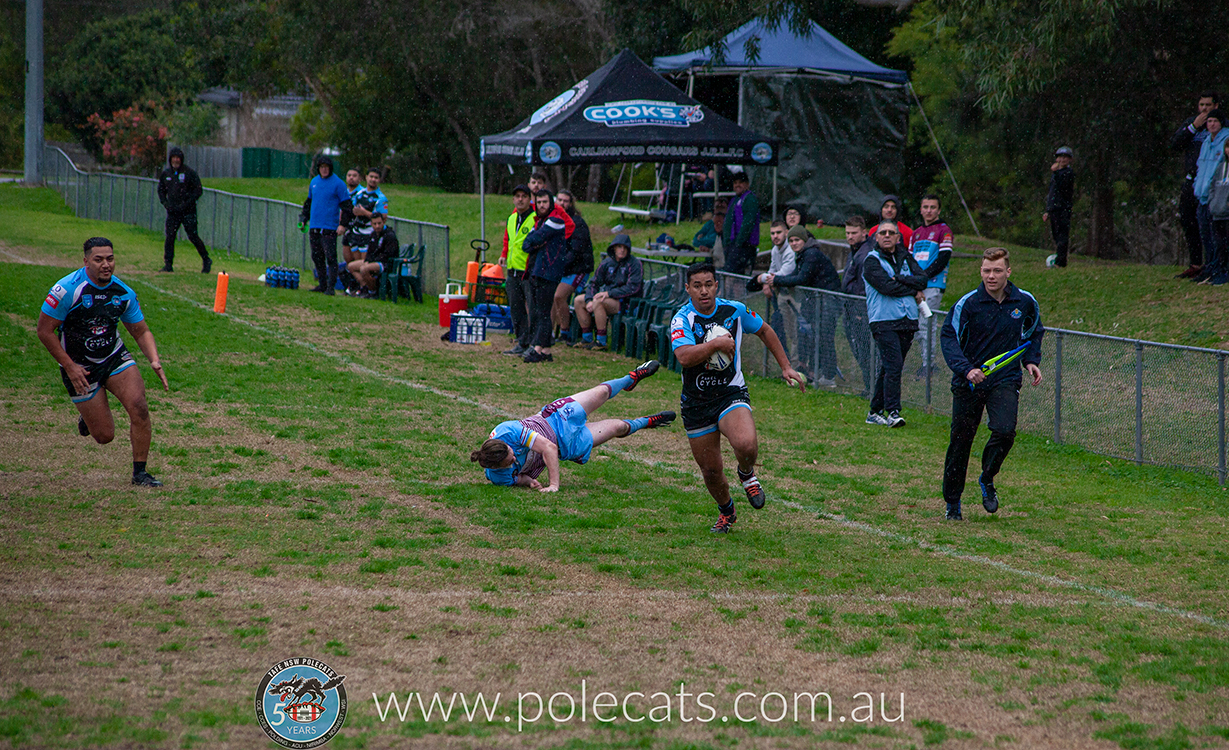 Faatafa Tusa running down the side line!

The Polecats had a mixed rest of the half, with a 1 to 7 completion rate and along with lack of discipline creeping into the Polecats side with Cobie Winsor sin binned for striking in the 15th minute, 6th minutes later the Polecats made history when Cobie’s dad Corey Pierce joined him in the bin making the Polecats first ever father/son  simultaneous sin binning’s. Even with 11 men on the field the Cougars who hold the worst attack in the league, could not get across the line. 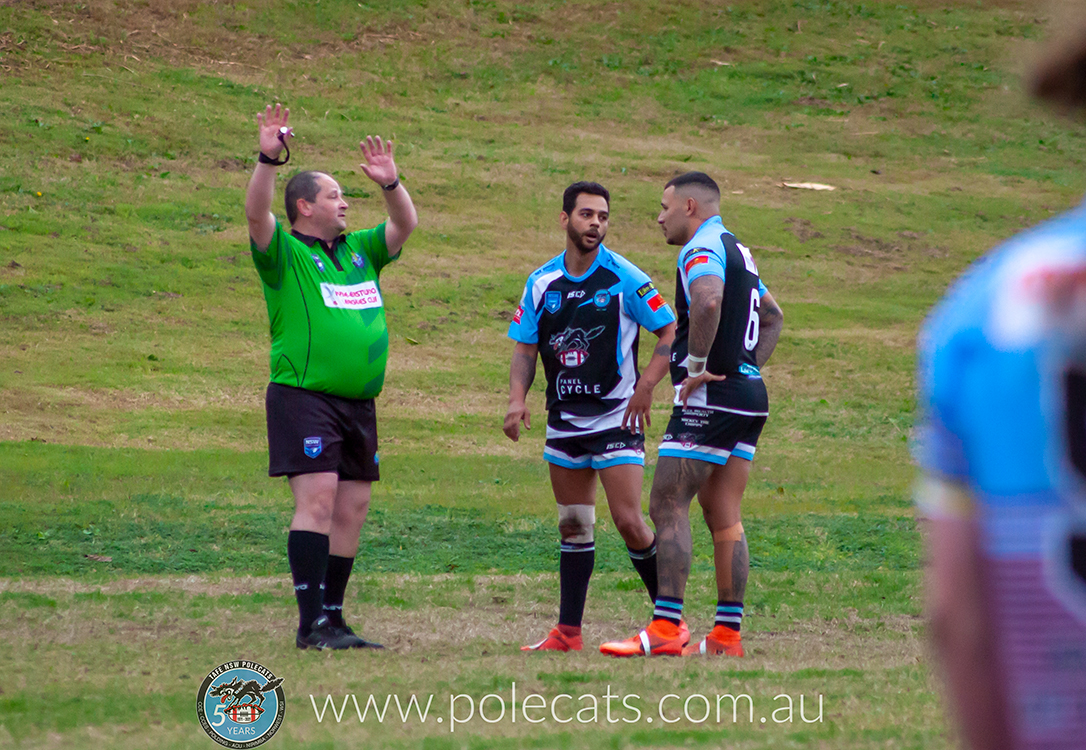 Corey Pierce, joins his son Cobie Winsor in the bin!

When the Polecats got their full complement back the Polecats Alfred Iva charged over the line with Cobie Winsor nailing his second for the day, with 100 percent accuracy for season 2021, in the 29th minute. Just before half time Dylan Kata’s try was disallowed when a connecting pass was ruled forward and the side took a 12 points to nil lead into the break. 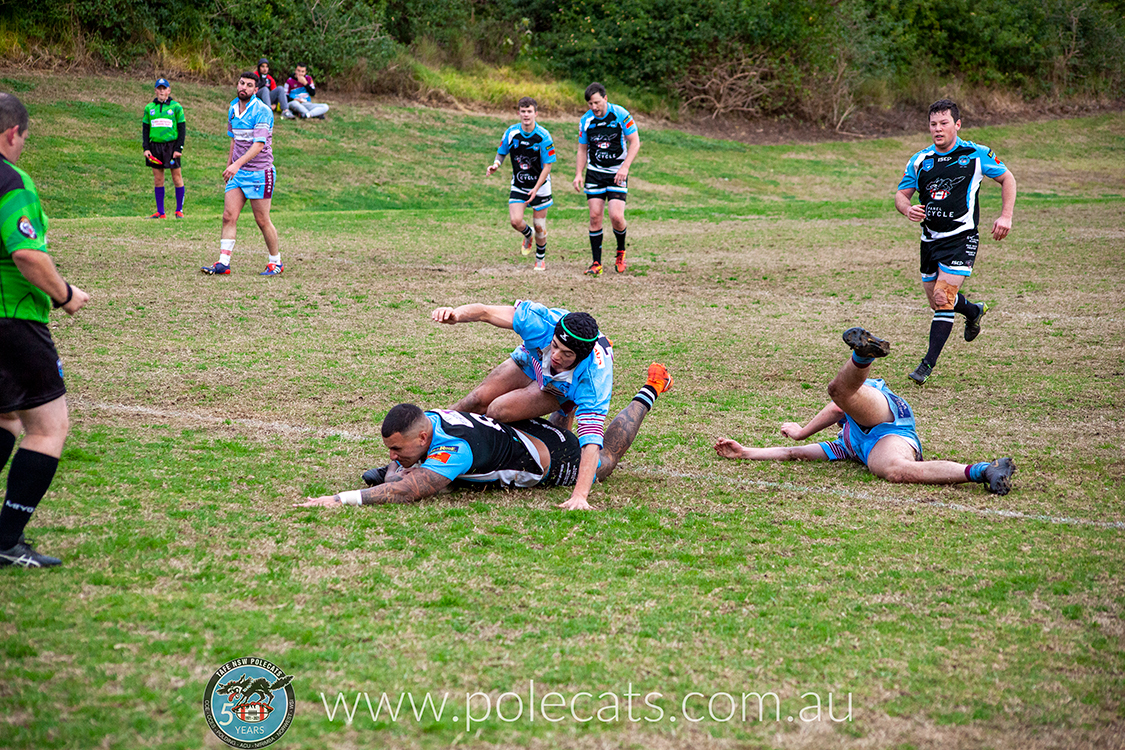 Dylan Kata goes over for a disallowed try!

In a scoreless second half, it was more of same with Gavin McInnes being denied a try after he was deemed to knock on over the line, while the Cougars were falling like flies, the usual second half period was pushed out to over 50 minutes with the ref blowing time off for everything and anything. When the full time whistle finally did blow the Polecats took the win 12 points to nil and also returned to the top 4 on the table, jumping UTS. 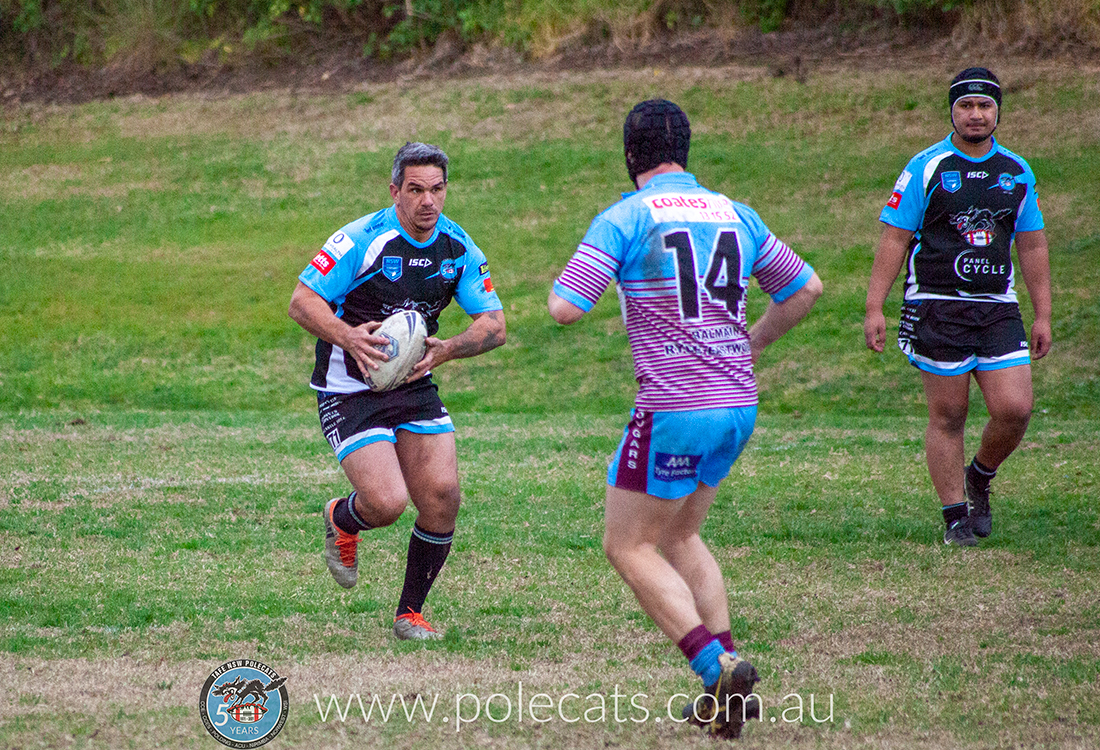 Gavin McInnes charges to the line!

In his first post match press conference new head coach Peter Lamey told us “I was happy with the defence today lots of talk and backing each other marker defence was better, but still too many voices in attack, along with only 6 completions from 20 sets we just won’t beat the top teams, if this continues!”

The Polecats now return to their home ground of Cavanagh Reserve to take on arch rivals UTS, next week at 3:00pm

For all the images of the day click here.

Polecats RL · 5 days ago
@polecatsrl
Round 9 Washouts, see which matches have been washed out at    https://t.co/OhppumOyKr
View on Twitter
0
0
Follow @polecatsrl

Unfortunately our 2 matches today were washed out, stay dry...