After 449 days the TAFE NSW Polecats have suffered its first loss at the hands of a strong UTS Wanderers side after a seesawing match last Saturday at Kellyville Park.

With the Polecats playing to secure a spot in the NSW Tertiary Rugby League competition grand final and the minor premiership, the defending premiers were out muscled and out enthused by UTS.

With so much on the line the Polecats started poorly giving away multiple penalties to eventually allow UTS to split their line and score a converted try only 6 minutes into the match. While the Polecats started slowly, once they got the ball they did not take long to find the line with Marvin Curry crossing out wide and when Tori Willie slotted the extras the Polecats were drawn with UTS. 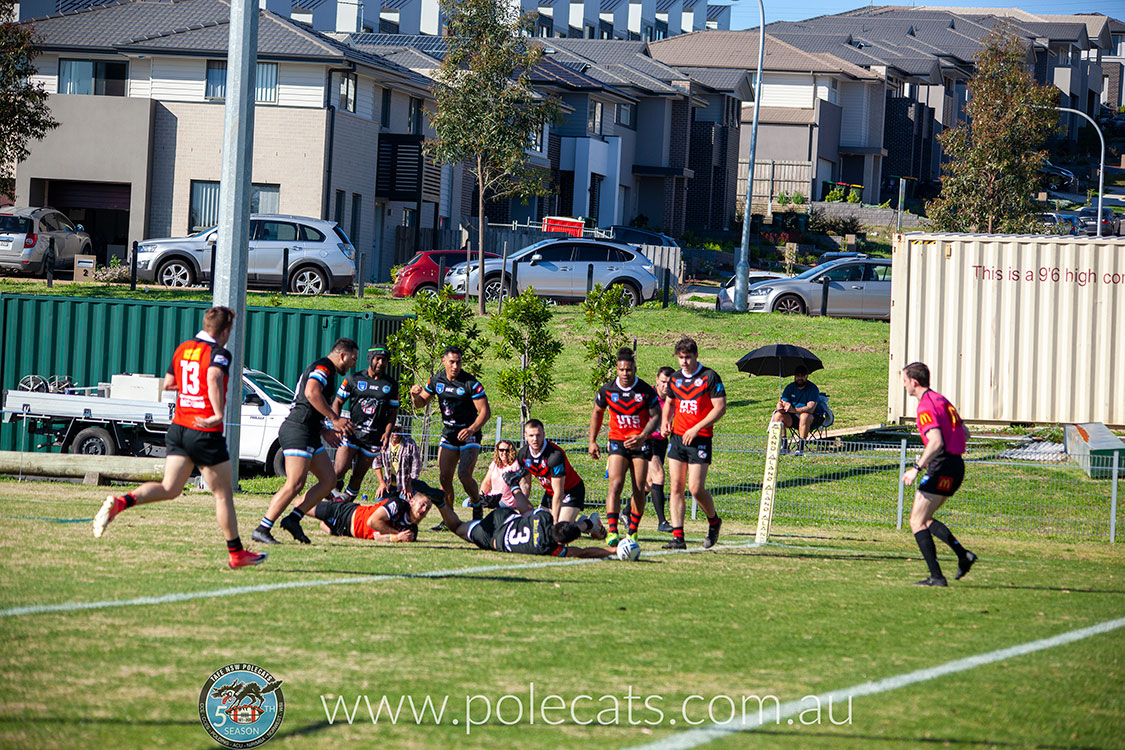 Marvin Curry try, click for more photos of the day

Its was only 2 minutes later and what looked like an instant replay of his first try, to see Marvin Curry cross again to give the Polecats the lead and after Tori Willie’s 2nd conversion the Polecats were leading UTS 12 points to 6. While both sides mounted attacking raids, good defence stopped any progression of the score board until minutes from half time when UTS crossed for their 2nd converted try of the match, to once again see scores level at 12 points going into to the break. 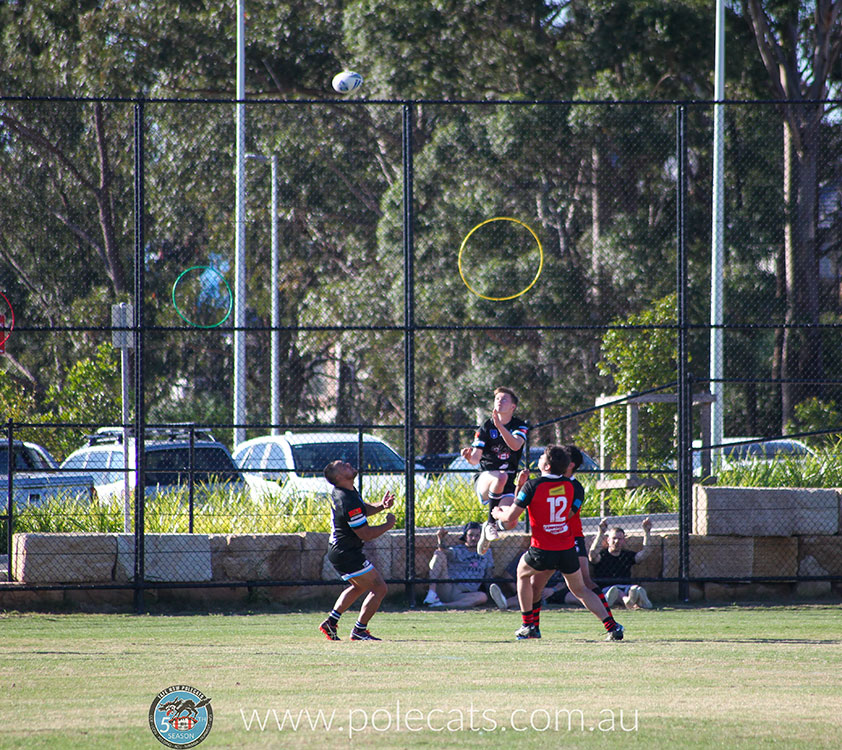 Jesse Fuller flies high to take a UTS bomb, click for more photos of the day

After half time its was the Polecats who came out the blocks strong, when a trick kick from Polecats Ben Keary paid dividends allowing Matty Thomas to dived on the ball and the Polecats claimed their third try only 4 minutes in. The Polecats lead was halted only 6th minutes later when UTS took the lead with another converted, but the pain was only beginning for the Polecats with UTS scoring another 3 tries in 15 minutes to rocket their lead out to 32 points to 16. 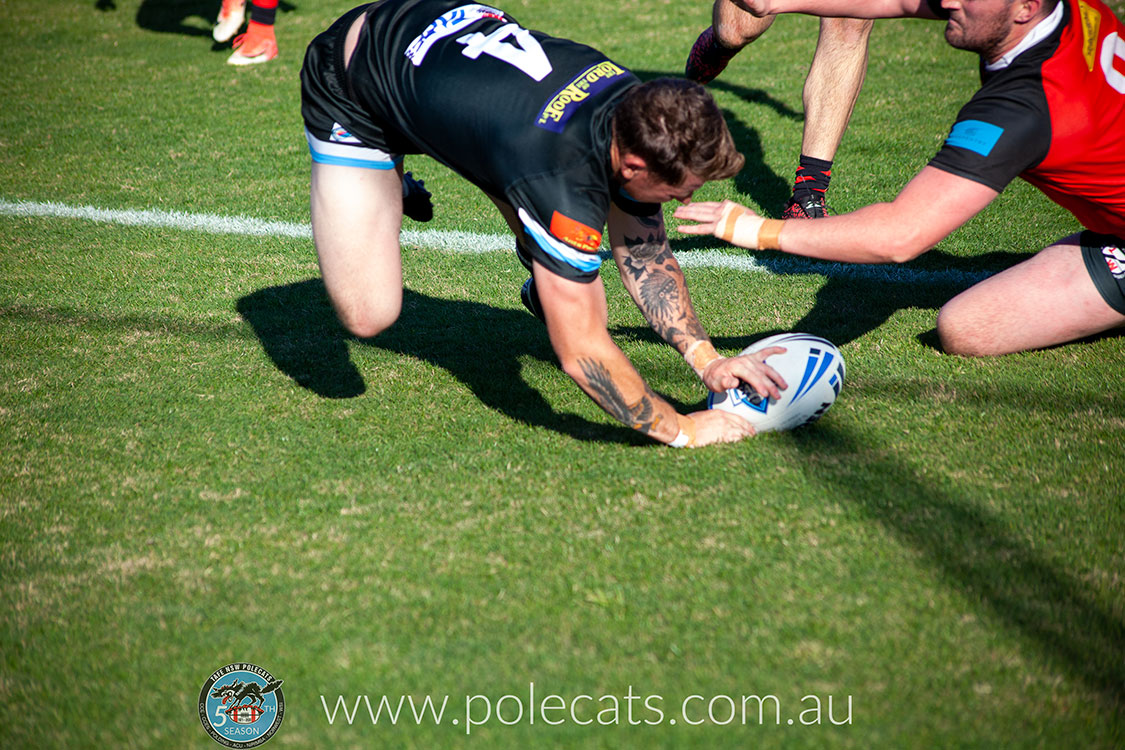 Matty Thomas scores of the Ben Keary kick, click for more photos of the day

2 minutes from full time, the Polecats Riki Willie helped them claw back the deficit with his first try out wide and when his brother Tori got the extras, the Polecats could only watch as time ticked down to the full time whistle and UTS claimed the match and the Keith Western cup defeating the Polecats 32 points to 22.

So with one round remaining the Polecats are facing a must win match against Sydney Uni at Killara next weekend to assure they finish second.

For all the stats and photos from the weekend head to the following pages below:

Congratulations to UTS Wanderers. 2020 First Division Champions. Well done the Polecats on a huge effort this this season.