The TAFE NSW Polecats are inching their way closer to Grand Final Day and the 2020 NSW Tertiary League Minor Premiership after a devastating win over Macquarie University Warriors at Kellyville last Saturday.

Playing a side that has been struggling for form this year and knowing that they have only 3 matches to hone their skills before Grand Final day, the Polecats came out of the gates strong with only 4 minutes on the clock, before five eight Tori Willie opened the Polecats account after stepping his way through Macquarie’s line to score under the black dot and when he converted his own try the Polecats were up by 6. 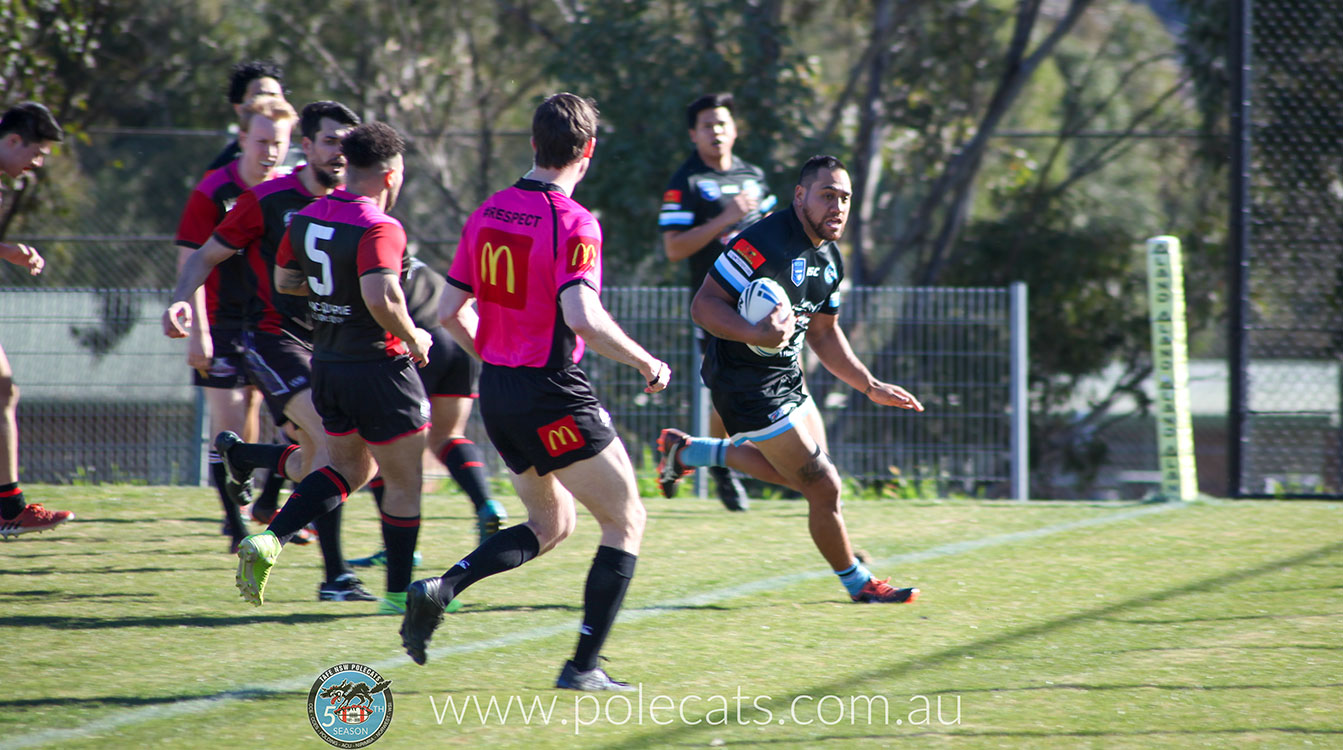 Tori Willie try, click for more photos of the day

After that the tries came think and fast with Marcel Curry, Dylan Kata and Joseph Wehbe all finding the line and after Tori Willie converted all the extras the Polecats were scoring at a point per minute, leading Macquarie 24 points to 0. 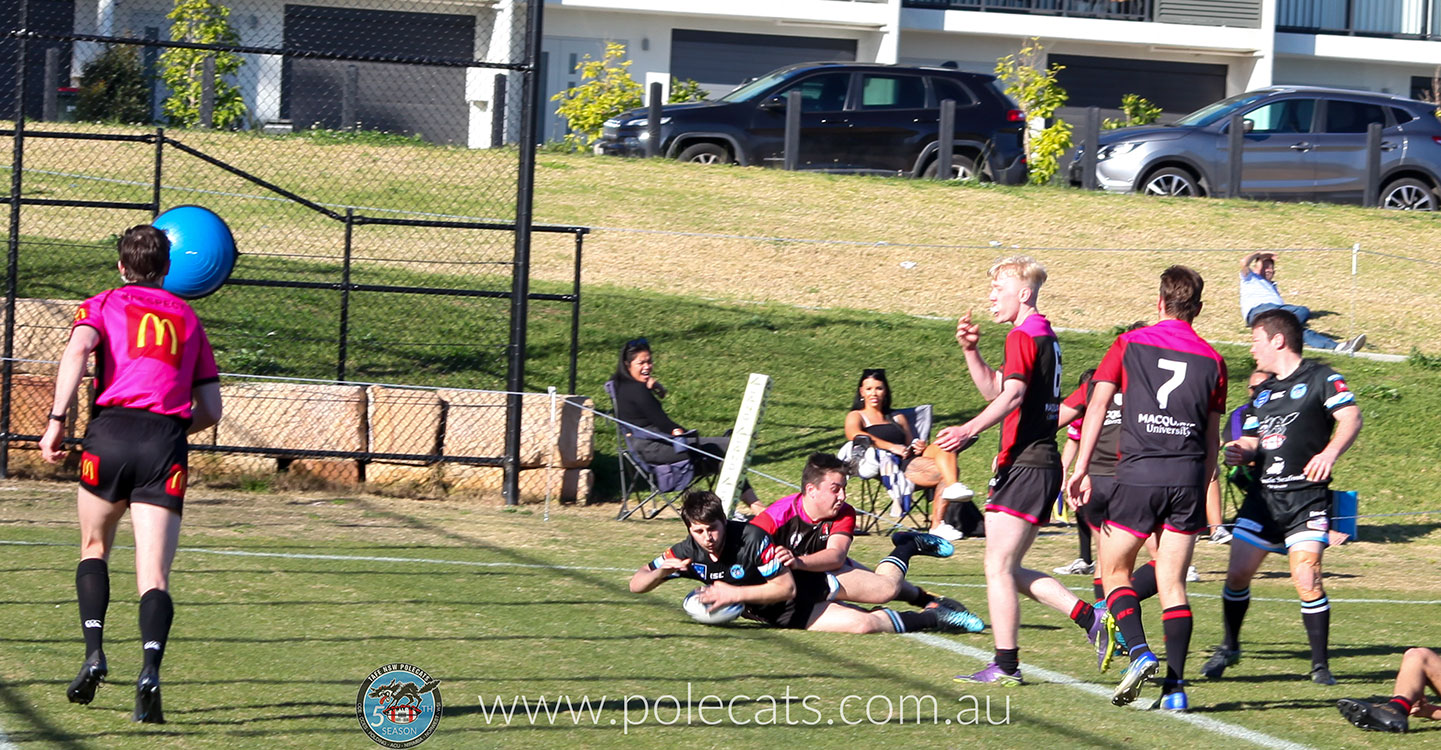 Joseph Wehbe scores out wide, click for more photos of the day

With time still on the side of the Polecats in the first half, the pain continued for Macquarie when in the 27th minute Alfred Iva crashed over the line followed by Jesse Fuller 5 minutes later and the Polecats scoreboard read 32 points to 0, minutes before the break.

After the break and Polecats only needing 18 points to enforce the mercy rule, they did not waste anytime with Tori Willie cruising over for his 2nd of the day 2 minutes into the half. Macquarie finally found a chink in the armour of the Polecats line in the 44th minute when got across the strip to open their account.

The Polecats then went back on the attack piling another 18 points in 11 minutes starting with Dylan Kata scoring and converting his own try, Jesse Fuller bagging his second along with Tori Willie grabbing his third and when club favourite Joseph Wehbe converted Willie’s try in the 55th minute, the referee sounded for full time and the Polecats took the match 54 points to 4 against Macquarie.

Jesse Fuller on his way for his second try, click for more photos of the day

The Polecats now have a bye next week before returning to Kellyville when take on the always strong side of UTS Wanderers on the 12th of September.

For all the stats and photos from the weekend head to the following pages below:

Congratulations to UTS Wanderers. 2020 First Division Champions. Well done the Polecats on a huge effort this this season.