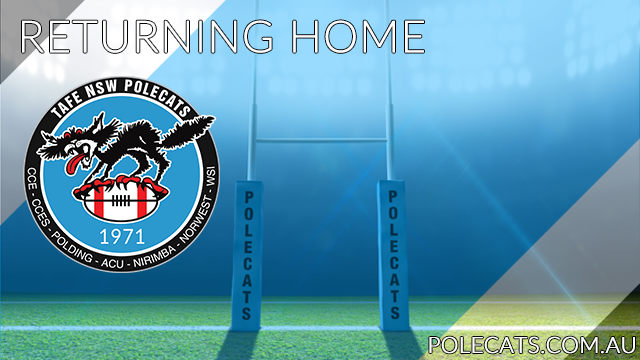 The Polecats will also be returning to the Parramatta Eels Centre of excellence at Kellyville for season 2022 and beyond.

And for season 2022 the club will be reintroducing their 2nd grade side after 3 years in the wilderness.

Unfortunately the Polecats 50th year was cut short because of the Covid health crisis in NSW and in 2022 the club will be looking forward to its first full season since 2019 when they last claimed the title.

“Dan Jackson brings a level of professionalism to the club that is second to none, he is well liked by the players and staff and his record speaks for itself, we look forward to working again with Dan on our pursuit to claim the first ever Metro League Championship!” Polecats President Peter Lamey told polecats.com.au.

Under Dan’s previous tenure between 2015 -17 he led the Polecats 1st Grade side to 3 Grand Finals claiming the title in 2015 and 2017, he also held representative coach positions the Tertiary League Country and Tertiary NSW sides, while in the last 3 seasons Dan has coached Sydney Shield sides for Windsor Wolves and Hills Bulls.

At last nights committee meeting Dan told the members, “I have nothing but great memories at the Polecats. It’s an exciting time to be heading back, after so many Covid interruptions these last 2 years, I’m excited to get the Polecats back where they deserve to be both on and off the field.”

The Polecats will also be announcing exciting new sponsors and more coaching signings as the club builds to preseason.

With Dan returning home, the Polecats returning to their home and all our 2nd grade players being able to find a home again at the Polecats, its going to be the biggest season in 51 years.

So keep watching our website and socials for all the big announcements as we head towards the new season and lets all return home to the Polecats and turn our 51st year into 50 won year to remember!